Okay, so after some investigation, I’ve decided to move to a WordPress installation (*crosses fingers*). I believe I have found something that would work for me. Since it is self-hosted, it’ll will be found at http://www.MattSawyers.com/Blog I have decided to make this change because I started going back though my Tumblr posts and not only found some posts out-of-order, but a bunch were missing (wth?!). I realize I’ll have to update this site & it’s CMS,w but that’s better than losing posts in my opinion. Plus I have a little more flexibility with using WordPress if I ever decide to “expand”.

I’ve created the blog to somewhat resemble Tumblr’s layout to keep with the simplicity of the design. I will also continue to syndicate to Tumblr (since the community is quite large & nice there). 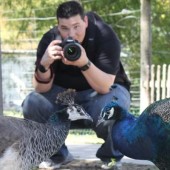 Our Starbucks needs a bigger lobby

Crap in my NavBar

I Officially Go to Starbucks too Much